Random drug testing on Queensland roads may include random in the title, but there’s nothing random or haphazard about the process that is followed. As well as obvious legal reasons, the process ensures that testing identifies those people who are unfit to drive a vehicle due to drugs, and that these people are removed from the road and dealt with appropriately.

As with most of Integrity Sampling’s workplace random drug testing in Queensland, saliva sampling is the method used. While practically saliva collection is ideal for roadsides, it’s also extremely accurate, quick to undertake and provides a true indication of whether a person is fit and safe to drive.

Saliva testing is also quick – Queensland Police state that it takes between 3 to 5 minutes to complete the test, including taking the saliva sample while the driver sits in their car and analysing it using a drug testing unit. Incidentally, Queensland Police, like Integrity Sampling, uses the Drager Drug Test 5000 unit to analyse saliva samples.

A question that is often asked about random drug testing in Queensland is what level of drugs can be in a person’s system and detectable without penalty. This question perhaps stems from alcohol testing, which allows vehicle drivers, depending on their circumstances, to have a blood alcohol level up to 0.05 without penalty. For drugs, however, it’s different. There is zero tolerance and any amount of illicit drugs detected in a driver’s system will lead to a penalty.

When it comes to penalties, getting caught driving on drugs can be expensive. Plus, it can lead to extensive periods where the driver can operate a vehicle.

For a first offence, the penalty is up to $1706 and licence disqualification of up to 3 months. Subsequent offences can carry higher penalties and may result in the driver appearing in court. 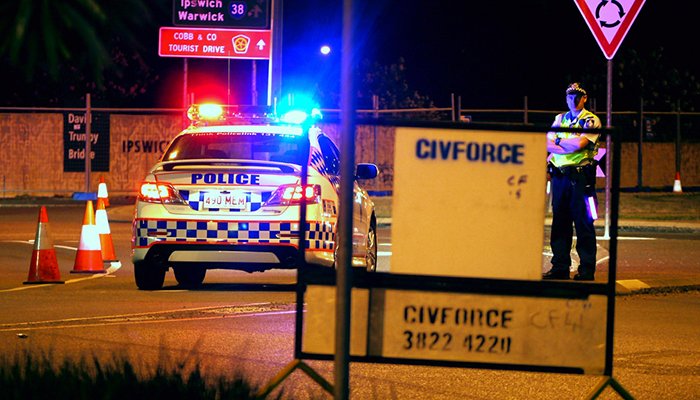