If you’ve had chronic back pain or other long term pain in the past 30 years of so, chances are you were prescribed or taken over the counter opioid medication such as codeine to treat the pain. Now a study has found that you were not only putting yourself at risk of addiction and possibly overdose, it’s likely you could have been using other, more effective and safer medications.

“Opioids are perceived as strong pain relievers, but our data showed no benefits of opioid therapy over non-opioid medication therapy for pain,” said study leader Erin Krebs from the Minneapolis VA Health Care System. In fact, at the 12-month follow-up, patients taking opioids in the study reported more pain than those who were taking non-opioid medication.

According to The Back Letter, the study supports a recent recommendation by the American College of Physicians that opioids should only be used for patients with low back pain as a last resort.

The concern over opioid use isn’t just one of whether or not it’s an effective pain-reliever. Worldwide, more and more people are dying due to opioids, including legal (e.g. oxycodone) and illegal drugs (e.g. heroin). In the US alone, at least 91 people die every day from an opioid overdose. A Time Health report claims that a recent study has highlighted that this number may actually be higher, with opioid-related deaths underreported.

Australia took a small, but important step of reducing opioid medication and its access, by banning codeine, an opioid drug, from being sold over the counter from 1 February 2018.

At the time of the decision, the Therapeutic Goods Administration (TGA) said the decision was made because of concern over people’s health and wellbeing, and the harm caused by overuse and abuse of the drug. It also took into consideration that there is little evidence that low-dose codeine medicines are any more effective for pain relief, coughs, colds and flus than similar medicines without codeine.

A consideration that has now been backed up by the long-term study.

As reported previously by Integrity Sampling, the over the counter ban of codeine from 1 February 2018 is good news for workplaces, because codeine use can be picked up during workplace drug testing. This is particularly the case if a user inadvertently or deliberately overuses the medication.

Once the change comes into affect, people who test positive for an opiate during workplace drug testing due to codeine will be able to more easily explain the result. And, of course, if required they’ll be able to provide evidence that they have been prescribed codeine medication.

See The Back Letter for more details on the long-term study mentioned in this post. 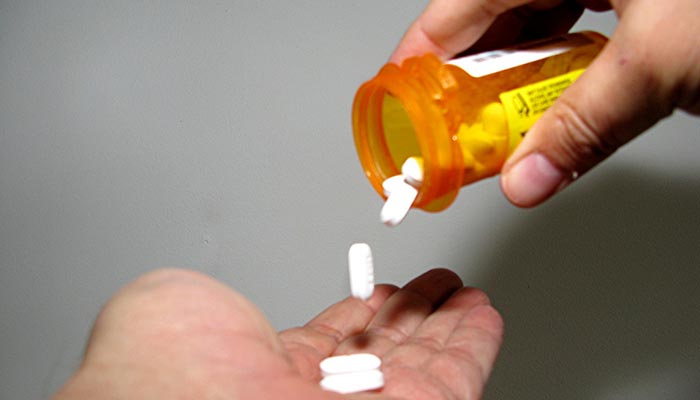