If you get a cold or flu this winter and reach for codeine pain medication to help you through, you’re not alone. Tens of thousands of Australians use codeine for cold, flu and pain relief and while this will be reduced in the near future (see below) it’s likely the practice will impact on workplace drug testing results until then.

Workplace drug testing results by Integrity Sampling in recent years have shown a sharp rise in the number of people caught with codeine in their system over the cooler months.

Why is this? According to the Alcohol and Drug Foundation, codeine is part of a group of drugs known as opioids. Other opioids include opium, heroin, morphine and oxycodone.

Opioids are one of the drugs that workplace drug testing companies like Integrity Sampling test for not only because of its close link to the illegal drug heroin, but because of the affects it has on the body. These affects include drowsiness, tiredness, confusion, difficulty concentrating, blurred vision, dizziness, nausea, erratic behaviour and sweating. Clearly people with these types of symptoms are not safe to be at work, particularly in a workplace where safety is critical.

It’s worth pointing out that if you do take codeine as directed, the symptoms are negligible for most people, and the opioid level is unlikely to be detected in drug testing. However, the issue comes when people either deliberately or accidently don’t follow the recommended dosage. These are people who either don’t read the labels, believe they will feel better quicker if they double or even triple the dosage, or who use codeine pain medication because they’re addicted to the drug or want to get high.

From February 2018 the impact of codeine in workplace drug testing should diminish. While, currently, you can purchase codeine medication over the counter, from this date you’ll need a prescription to access the pain medication.

The decision to make codeine prescription only was made by the Therapeutic Goods Administration. This was due to the compelling evidence of the harm caused by overuse and abuse of codeine containing medicines, it’s prescription only availability in other western countries and the lack of evidence that low-dose codeine medicines are any more effective for pain relief, coughs, colds and flus than similar medicines without codeine.

The message for individuals? If you do reach for codeine medication in the future (whether it’s over the counter or from February 2018 by prescription) to help you get over a cold, flu or other pain, make sure you only use it as directed.

The message for workplaces? Educate your employees of the dangers of not just illegal drugs, but over the counter and prescription drugs.

As the Alcohol and Drug Foundation preach, the use of any drug always carries some risk and even medications can produce unwanted side effects. It’s important to be careful when taking any type of drug. 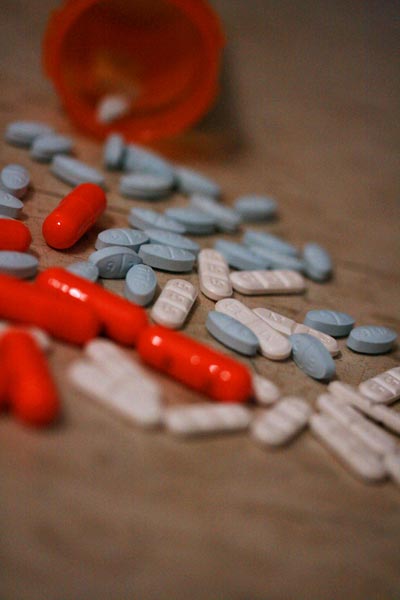