You’re having a great time with friends on a Sunday afternoon, sinking a few beverages at a local hotel. While you’ve got work tomorrow, the temptation to keep on partying is high, so you and your friends head back to your place with a few ecstasy pills you bought earlier in the day.

The potential side effects of ecstasy are almost too many to list, and include jaw clenching, excessive sweating, nausea, muscle aches and a fast heartbeat. A large amount or a strong batch can lead to hallucinations, anxiety, paranoia, violence and vomiting. Mixing ecstasy and alcohol is also a no-no, leaving you at an increased risk of dehydration.

Back at your house

Your friends and you take an ecstasy tablet each, expecting to feel happy, energetic and confident. But you don’t. Instead you feel agitated and paranoid.

You may think you’re taking ecstasy, or the active ingredient MDMA, but you may in fact be ingesting something quite different. Drugs sold as ecstasy can contain amphetamine, katamine or other powerful drugs, plus fillers such as household cleaning products. The fact is, you have no idea what you are taking.

You wake up the next day feeling exhausted, miserable and having problems concentrating. But you’ve got to go to work as you’ve already had a lot of sick days this year. So you pull yourself together, have a shower, make a strong coffee and grab your keys and wallet.

Depending on a number of factors, including the strength of the ecstasy you ingested as well as individual factors, you may not be safe to drive or work. The side effects of ecstasy can severely impact on your ability to drive a vehicle and to work, which means you may be putting the safety of yourself and others at risk.

Safety isn’t the only potential negative consequence, as it could cost you your driver’s license or your job. Ecstasy can be detected in your system for up to 24 hours after use by roadside drug testing and workplace drug testing.

Think before you take drugs

There is no such thing as a safe level of illicit drug use. Every time you swallow an ecstasy tablet, take cocaine, smoke cannabis or inject amphetamines, you are putting yourself at risk. 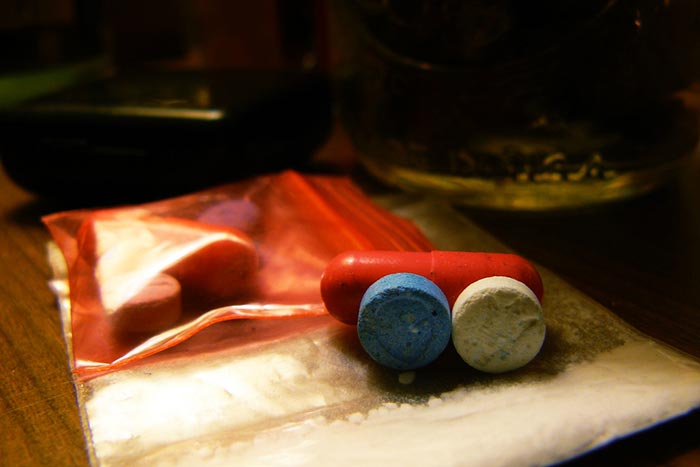