The world seems to be hooked on technology these days, so when it comes to workplace drug testing in Tasmania it’s perhaps not surprising to hear that Integrity Sampling uses a hi-tech marvel that makes testing quick and extremely accurate.

It’s called the Drager DrugTest 5000, a mobile drug testing unit that screens a person’s saliva. The process is simple, quick, accurate and, for the person being tested, non-intrusive.

Integrity Sampling uses the Drager DrugTest 5000 for all its workplace drug testing in Tasmania and other locations around Australia. It’s also used by police forces around the world to conduct roadside drug testing. This includes police forces in Queensland and NSW.

The Drager DrugTest claims an accuracy of greater than 99%, a claim that has been put to the test by many notable organisations. This includes Australia’s Department of Forensic Medicine at Monash University and the Victorian Institute of Forensic Medicine. They tested the Drager DrugTest 5000 for its ability to detect cannabis, cocaine, morphine, amphetamines and methamphetamines. Samples from a large number of known drug-negative volunteers were also tested as part of the assessment.

The Drager DrugTest 5000 passed the tests and was given the Department of Forensic Medicine and Victorian Institute of Forensic Medicine’s tick of approval. The testers also found that the unit complied with the screening requirements as defined by the Australian Standards AS 4760:2006.

Drug testing in your Tasmanian workplace

As well as using the Drager DrugTest 5000 for its workplace saliva drug testing, Integrity Sampling is the sole distributor of the unit in Australia. If you want more information on the Drager 5000 or are interested in purchasing a unit, please contact Integrity Sampling.

If you’d like more information about drug testing for your Tasmanian workplace, give Integrity Sampling a call on 1300 SALIVA. We service much of Tasmania and have branches in Hobart, Devonport and Launceston. 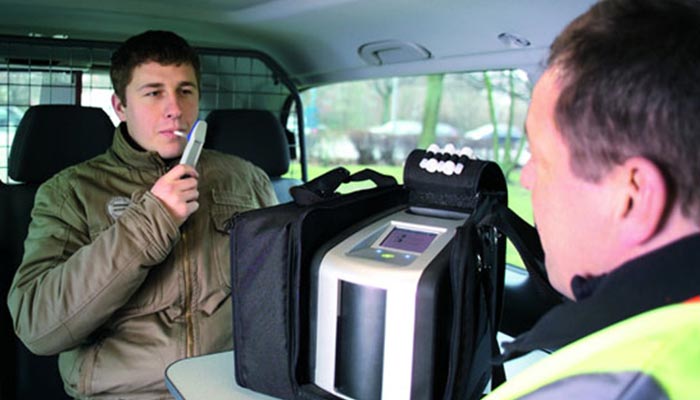