Because most of us do it every day, we don’t take notice of how complex a task driving is. It’s not just the physical qualities of driving, it’s the mental aspects of concentrating and being alert that are so important, which is we don’t want people who are impaired to be driving on our roads. And that’s why the advent of saliva testing for drugs was a win for motorists in Melbourne and Victoria.

One of the main reasons that police in Melbourne, Victoria and other parts of Australia can carry out random roadside drug testing is their ability to use saliva for testing purposes. After all, can you imagine if urine testing was used for roadside drug testing? You’d have to ask motorists to get out of their car, hope that they could produce a urine sample and then test the sample. Not only would it take some time, you’d need restroom and other facilities. It just wouldn’t work.

Similar to the way that Integrity Sampling conducts saliva testing for drugs in workplaces, when Melbourne and Victorian Police officers conduct roadside drug testing they collect a driver’s saliva.

Saliva testing for drugs on our roadsides in Melbourne and Victoria was first implemented in December 2004. The number of drivers tested every year has slowly grown since the inception of saliva testing. The latest published research shows that close to 43,000 people were tested using saliva samples in the 2013 – 2014 financial year.

While this was well under the number of alcohol screening tests, which were over 1.1 million during the same period, the percentage of positive drug results is much higher than the percentage of non-negative alcohol results. During the 2013 – 2014 period, 99.8% of those tested for alcohol on Melbourne and Victoria roadsides returned a negative result; for drugs the number of negative results was only 92.2%.

More worryingly, over the past 5 years, approximately 37% of all drivers killed on Melbourne and Victorian roads had drugs in their system.

So, if you take drugs and drive, you really are a bloody idiot! 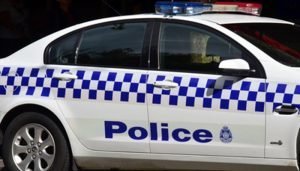