A recent media release from one of our competitors has added further fuel to the fire. The media release preaches the virtues of urine drug testing while attempting to discredit the use of saliva drug testing in the workplace. It even goes so far as labeling oral fluid drug testing practices as “a dangerous risk”.

As for the company behind the recent media release? Not surprisingly, they’re background is in urine drug testing.

One thing that we do agree with in our competitor’s media release is for workplaces to only use qualified professionals to conduct drug testing – whether it’s saliva drug testing or urine drug testing – and to never rely on saliva testing kits. Failure to do so can lead to substandard testing and subsequently inaccuracy of testing results.

All Integrity Sampling’s consultants have relevant Australian Quality Training Framework qualifications. In addition, many of our branches, including our head office, have ISO accreditation for onsite testing and are NATA accredited. Plus, we use the world-renowned Drager Drug Test 5000 – which boasts an accuracy of more than 99% – to analyse our saliva samples. It’s the same unit that’s used by many police forces around the world to conduct roadside drug testing.

For further information on the benefits of choosing saliva drug testing over urine drug testing, talk to Integrity Sampling today by phoning 1300 752 482. 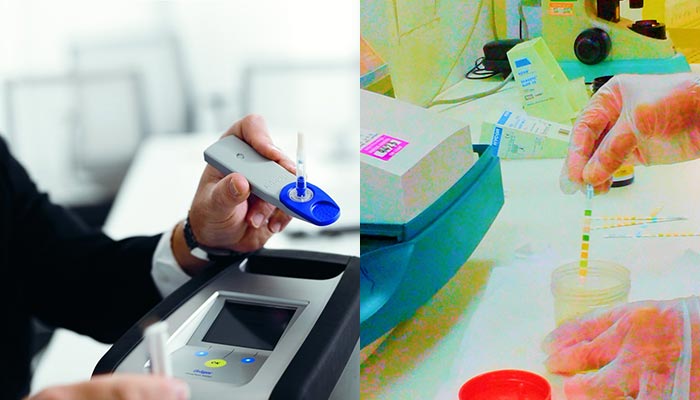