Despite a myriad of studies and research that proves cannabis in all its forms is a health hazard, there are still people who believe that the illicit drug is not bad for their health and can actually provide benefits.

Here are some brief facts that help to debunk the myths and show cannabis for what it is – a dangerous, illegal drug:

Like other drugs, there is no safe level of cannabis use. Smoking one joint or eating one cookie laced with hashish carries a risk that may be greater than you think. 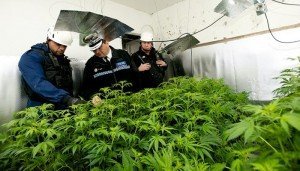