You’re having a great Sunday afternoon with friends, with lots of laughs and good times. Then suddenly, one of your friends hands you a pill and tells you it’s ecstasy. You decide to take it. After all, what can it hurt?

You continue to have a great time. With the high from the ecstasy you’re able to party harder and longer into the night… And into the next morning.

The ecstasy pill poisons your body and you are violently ill. You are rushed to the emergency ward of the nearest hospital. Luckily, you recover after the night in hospital and are discharged the next day. Not everyone is this lucky. Some people suffer permanent disorders and others die, from taking just one ecstasy pill.

You get up Monday morning feeling tired and a little hung-over, but with a glow from your memories of your night out. You have a shower, breakfast and grab the keys to drive to work.

You get to work and while grabbing a coffee in the staff kitchen you tell close work colleagues about your weekend.

You miss a give way sign on the way to work and slam into another car. You’re in shock but relatively unhurt, but the news is not so good for the people in the car you hit. The front-seat passenger is dead at the scene and the driver is taken to hospital, fighting for life.

The ‘glow’ from the night before quickly wears off and the day is a major grind. You’re tired, thirsty and can’t wait for the day to finish.

The day finally ends. You head home and go straight to bed.

Drug testing is held at work and you are randomly chosen to provide a sample. You are nervous when rubbing the saliva testing implement around the inside of your mouth and handing it to the testing consultant, but you’re sure you’ll be OK. After all, it’s around 12 hours since you took the ecstasy pill. But you soon know that you’re not OK. The result is positive.

The high of ecstasy usually lasts 3 to 5 hours but the side effects can last longer, and up to 24 hours. These side effects include enhanced impulsivity, difficulty in doing complex tasks and reduced cognitive performance. In addition, ecstasy can show up in a saliva test up to 5 days after the ecstasy was taken. 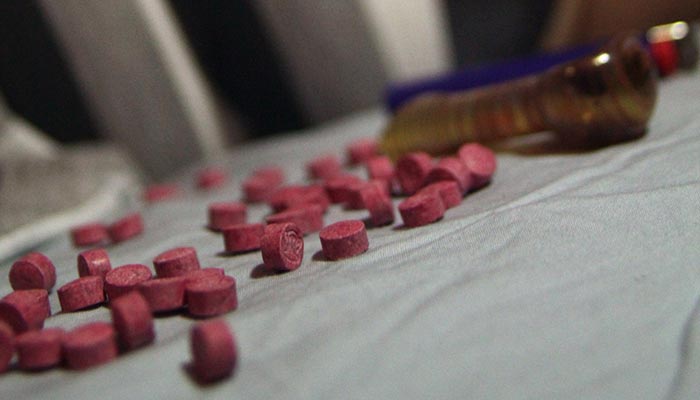