Drug and alcohol testing and other measures on many building sites financed by federal dollars are now compulsory, under new amendments to the Building Code 2013.

The new measures were introduced on 16th October 2015 and will be monitored by the Australia Government department Fair Work Building and Construction (FWBC). Initially, the FWBC will assist industry in meeting the new amendments, followed by a period of auditing and feedback. On or after 1 February 2016, usual processes for non-compliance under the Building Code will be implemented.

The requirements will apply to all building contractors covered by the Building Code. The new amendments are designed to ensure that people who are on a building site to perform work are not under the influence of alcohol or drugs, and will include regular drug and alcohol testing of workers.

The new amendments will not apply to private and State Government projects. They will only apply to projects that are funded or part-funded by the Commonwealth Government and meet funding thresholds. 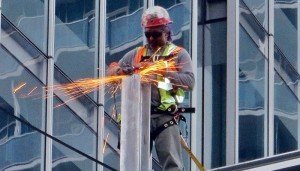