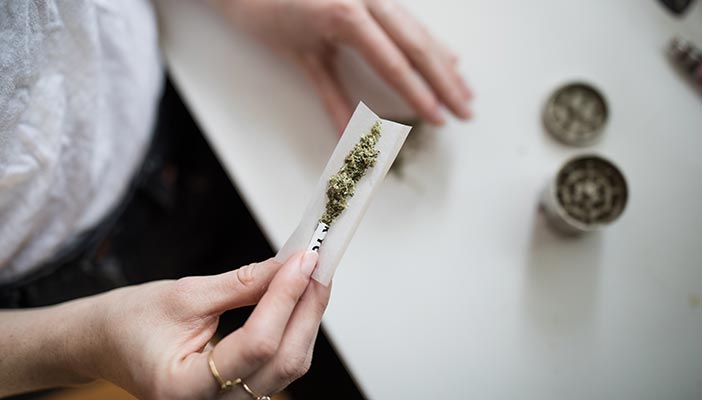 Cannabis is so widely used and sometimes trivialised that we may forget that it still is an illegal drug. In addition, cannabis in the workplace or on our roads can have devastating consequences. It’s also a drug that can have devastating effects on some users’ mental health.

There has been plenty of talk about the potential to legalise cannabis, but until it happens it’s still illegal to possess, cultivate or traffic. Even getting caught with a small amount of cannabis can lead to a conviction

In Victoria, for example, you can be charged with cannabis possession if police find the drug on you, in a house or property you occupy, or in a car you own or are driving. Possession can lead to a court case and conviction, but for small quantities and for first offences, a caution is the general outcome. In the ACT, the laws are slightly more liberal. It became legal to possess, use and cultivate small amounts of cannabis in the ACT early last year.

Cannabis in the workplace and on the roads

Let’s make this simple and clear. People who are under the influence of cannabis have no place in the workplace – particularly workplaces where being safety-focused is important – and have no place on our roads.

Despite some of the commentary about cannabis not being a dangerous drug, you do not want to work alongside a person who has recently used cannabis. The last thing you want as a road user is to have someone who is under the influence of cannabis driving behind, beside or in front of you.

Why? Because of the effects that cannabis can cause.

Yes, cannabis can relax people, which may not seem like such a bad thing. But the drug can also result in loss of inhibition, affected perceptions, confusion, altered thinking and memory, altered vision, anxiety, mild paranoia, sleepiness and reduced coordination. Would you volunteer to fly on a plane if you knew the pilot had just smoked cannabis? Would you want the driver of the truck in the lane beside you to be influenced by cannabis?

According to the Alcohol and Drug Foundation (ADF), the relationship between cannabis use and mental health isn’t straightforward. The drug affects everyone differently, so it’s difficult to predict the negative effects from one person to the next. Some people do feel relaxed and euphoric, while others will feel anxious and paranoid.

In fact, the ADF say the evidence isn’t strong enough to say that cannabis is the single cause of any mental health issue. What they can say, however, is there is evidence to show a relationship between cannabis and mental health.

To find out more about the relationship between mental health and cannabis, see the ADF website.

What are the effects of cannabis? When you know, it’s easy to see why it has no place in the workplace. Credit Thought Catalog https://unsplash.com/photos/UoXLndT32Hg