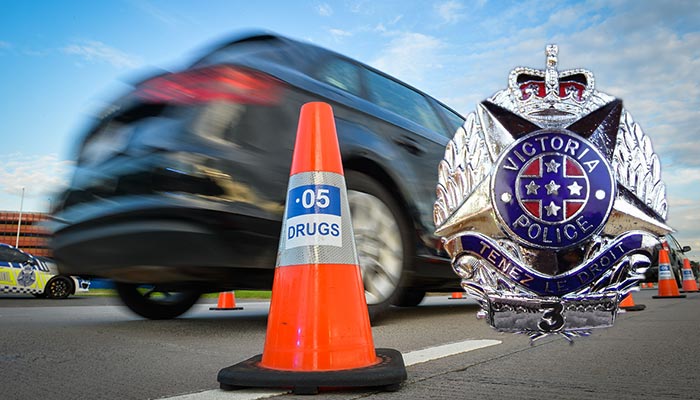 A senior police officer in Victoria has described the state’s roadside drug testing program as extremely accurate, in a press release to announce a new trial that will see drug drivers removed from the roads quicker.

In a Victorian first, people who fail roadside drug testing for the first time will now be issued a $495 infringement notice at the time of their offending. A permanent increase to the imposed driving ban that applies to drivers caught with drugs in their system has also been put in place. Instead of a minimum of 12 hours, this has now been raised to 24 hours.

Assistant Commissioner Libby Murphy said the aim is to expedite the process of removing drivers who fail drug testing in Victoria from the roads.

“Until now, police would have to wait for a toxicology certificate before issuing a drug driver with an infringement notice and the subsequent imposition of a six-month licence suspension”, Assistant Commissioner Murphy said.

“This delayed process creates a risk that the offending driver will continue to drive while still having drugs in their system which is seriously concerning. You should not and do not have the privilege to drive a vehicle if you have drugs in your system, so we’re taking steps to remove that privilege a lot faster if you’re caught doing the wrong thing.”

The process now for those that fail initial roadside drug testing (referred to by Victoria Police as Preliminary Oral Fluid Test) is for them to undertake secondary saliva drug testing. If the secondary test is also positive, an infringement will be issued and a driving ban will be imposed. Drivers still have the option to challenge the findings through the court process.

“People know if they’re doing something wrong, so they can expect to be caught,” Ms Murphy said. “The technology and processes used in our roadside drug testing program are extremely accurate. The chance of someone receiving a false reading is very small. But rest assured, if an error is detected during laboratory testing, the infringement will be withdrawn.

“What we hope to see from this is a smoother, more efficient system that helps to remove drug drivers from the roads making them safer for everyone else.”

You can read the entire press release on the Victoria Police website.

We use the Drager DrugTest 5000 unit for all our saliva drug testing, which has been independently verified by the NATA accredited Victorian Institute of Forensic Medicine and found to be compliant with the new standard AS/NZS 4760:2019. It was one of the first products to meet these new standards and has been found to be compliant for the drug classes Amphetamines, Methamphetamines, Cannabinoids, Opiates and Cocaine. Accuracy rate of the unit is greater than 99%.

Extremely good accuracy, but not good enough to be 100% certain that someone has drugs in their system. This is why secondary workplace drug testing is also carried out for anyone who provides an initial positive result.