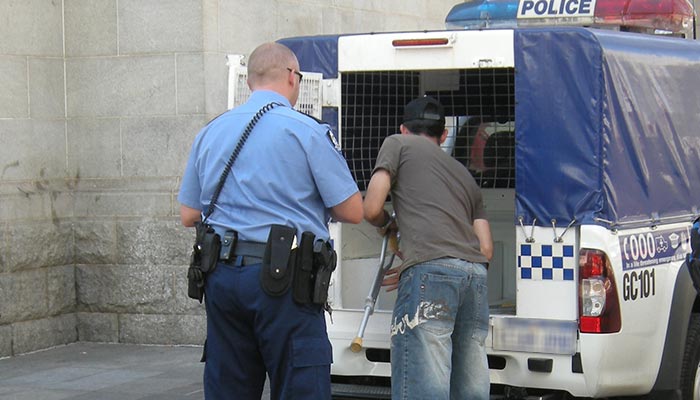 One of the regular comments on our Facebook page when we provide a report on drug testing – particularly roadside testing – is that the police should leave ‘innocent’, hard-working Australians alone and instead test themselves and law makers… Or words to that effect.

More on the police and drug testing in Australia later in this blog, but while on the subject there was an interesting report from the US on the police in the state of New Jersey, where drug testing is – or more correctly is supposed to be – carried out on police officers.

A report in the Burlington Country Times states that at least 14 New Jersey police officers failed random drug testing last year. While this isn’t an alarming figure – in fact it’s very good – what is perhaps more surprising is that “most municipalities didn’t follow the state’s mandatory drug testing policy for cops fully”.

“Fourteen police officers tested positive in 2019, a 75% increase over the eight officers who turned up positive through random testing in 2018. The 14 positive tests are below the national average for random drug testing of 5.7%. Some 6,427 tests of police were taken in New Jersey in 2019, for a failure rate of 0.22%, although the testing was incomplete.”

The introduction of random drug testing in New Jersey began in 2018 and was designed to introduce more accountability for police. However, last year around 71% of the 515 agencies — a total of 366 — failed to fully comply with the Attorney General’s directive. Four police departments did no drug testing at all.

When it comes to police in Australia and the constant comments for them to be policed with drug testing, while it will perhaps do little to appease the ire of some people or stop the comments, we can say that all police do undergo drug testing. While each state and territory has different procedures and policies, they all conduct testing.

Fair enough? We think so, because whether you like them or not, the police have a very important job to do and their role is safety focussed. They drive cars, they interact with the community, they conduct drug testing, they arrest people and do other activities where concentration and reflexes are important. The safety of themselves, their colleagues and the public rely on their ability to do the job without being under the influence of drugs or alcohol.

What about politicians and other law makers? Some councils have instituted drug testing for the people in charge, but it’s certainly not as wide spread as for the police. In some ways, this can also be seen as fair enough because they’re not in safety focussed roles. However, as some people see it, they are the ones making decisions on people’s lives, including where and when drug testing is done, so they should also face testing.

Police in Australia have a safety-focussed role – including making arrests – so it shouldn’t surprise that they do face drug testing. Credit David Villa https://www.flickr.com/photos/villadavida/3325349646/