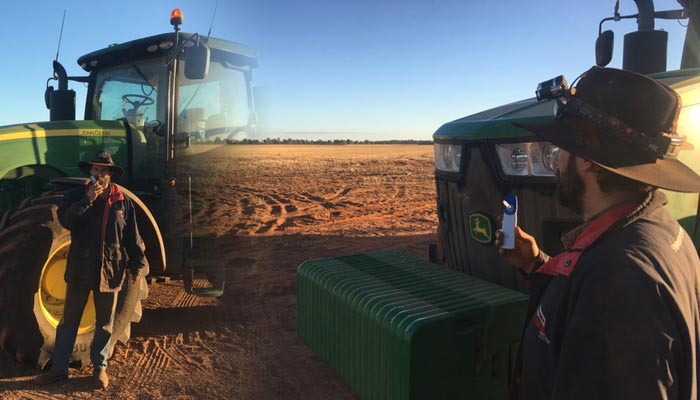 If safety is important in your WA business and your employees face risks in their roles, then you most likely already conduct workplace drug testing or have considered implementing drug testing in your WA workplace.

The good news is that it’s likely Integrity Sampling can still help you, because our workplace drug testing in WA is far reaching… And so too is our equipment!

It’s almost an understatement to say that Western Australia is a huge state. It covers around 2.6 million square kilometres; around the combined size of Alaska and Texas, and approximately ten time bigger than the United Kingdom!

While we don’t service the entire state, our service area does cover the vast majority of significant workplace areas. We have branches in WA in Busselton, Dampier, Geraldton, Kalgoorlie, Karratha, Perth and Port Hedland. Our service area includes the Pilbara and Kimberley regions, the Great Southern region, the Mid-West and the Goldfields area in the central part of the state.

It’s why Integrity Sampling’s clients in WA don’t just include those located in the metropolitan area and large regional towns. Our clients include farmers, manufacturers, the maritime and aviation industries, government departments and other local businesses spread all across this vast state of ours.

As impressive as our workplace drug testing in WA service range is, it would be far less impressive if it wasn’t backed up by equipment that also goes the distance. Thankfully, we have that covered as well!

Our fully equipped vehicles and portable drug and alcohol testing equipment means we can get to hard to reach places, even those that can only be reached by 4WD. If needed, we can even walk in with our drug testing equipment as it’s fully portable and doesn’t require mains power to operate.

Remote farm paddocks, no worries. Down a mine, not an issue. We really can go virtually anywhere to undertake workplace drug testing in WA!

Want to know more about Integrity Sampling’s services in WA or about our drug testing equipment? Contact us by phoning 1300 SALIVA or by going to the website and submitting a form on our Contact page.

Workplace drug testing in WA can be conducted virtually anywhere!