Codeine addiction on the rise

If someone returned a positive workplace drug test, you’d probably think they’d face significant consequences, including potentially the loss of their job. However, as mentioned in previous posts (see Codeine drug test positives about to rise) positive results for codeine can occur, and are often the result of people not following the recommended dosage of over-the-counter mediations such as Codral Cold and Flu, Panedeine and Nurofen Plus.

But positive results for codeine aren’t only due to incorrect dosages, because according to recent news reports, the incidence of addiction to codeine-based medications is on the rise. This follows the release of data by the National Opioid Pharmacotherapy Statistics Annual Data, which showed that nearly 50,000 Australians were being treated for an opioid dependence on a ‘snapshot’ day in June 2015.

For workplaces, this is a significant concern because the side effects of codeine misuse can be significant, and include confusion, issues with concentration, blurred vision and drowsiness. Certainly not the types of symptoms you’d want one of your employees to experience.

A Brisbane school – St Joseph’s Nudgee College – is considering introducing drug testing. This follows a serious incident at the school in 2015, in which students were charged by the police for allegedly supplying and possessing cannabis.

The drug testing – if it goes ahead – will be part of a drug response support program for boys in Years 7 to 12 at the school. Whether this testing is implemented, or not, it is our intention to implement a Holistic Drug Response Program in 2017,” said Principal Peter Fullagar.

Also in the news is the announcement that doctors in NSW will be able to prescribe medicinal cannabis from August 1.

What does this mean to workplaces in NSW? Will this cause a spike in positive drug tests for cannabis?

The good news is that it will have little or no impact on workplaces. Doctors will only be able to prescribe the medicinal cannabis to patients with serious illnesses. It’s highly unlikely that people who are prescribed medicinal cannabis would be able to work or, if they were, you’d know about their condition and their prescription. 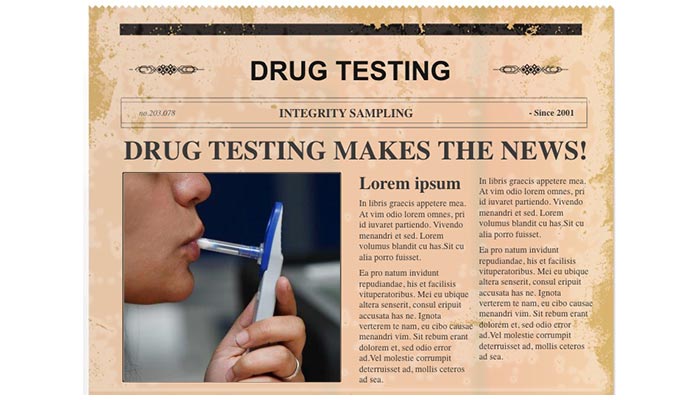