When most of us consider workplace alcohol abuse, we mostly likely think of it as a blue-collar workplace issue. However, studies have shown that white-collar workers are far from immune from a tipple and in some cases are more likely to engage in “hazardous, harmful, and potentially alcohol-dependent drinking”.

While it’s perhaps difficult to argue that a person who predominantly works at a desk is more at risk than a person who drives a large truck or operates machinery, what is clear is that anyone who is affected by alcohol isn’t fit to perform their duties. After all, would you want to be represented by a lawyer who wouldn’t pass an alcohol test? Would you want to be operated on by a surgeon who’s over the blood alcohol limit?

Given that alcohol use makes it harder to think clearly and concentrate, and affects memory, I think most of us would answer a resounding no! 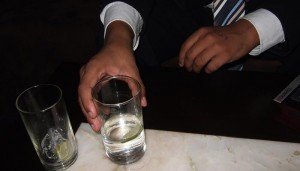