Firstly, it’s pertinent to declare our hand. Integrity Sampling conducts both urine testing and saliva testing in Queensland and in all other states and territories of Australia. We recommend saliva drug testing for the reasons stated below, but if your business would prefer to conduct urine testing we certainly understand and can meet your needs.

It’s also important to state that both methods are perfectly effective if conducted appropriately. With trained and competent staff, following tried and tested procedures, both methods will accurately screen for drugs.

So why does Integrity Sampling recommend saliva testing over urine testing?

Partly because saliva testing is easier to conduct, can be done virtually anywhere and is less intrusive for those being tested. In addition, the potential for a person to avoid detection by substituting or contaminating a sample is greater for urine testing than it is for saliva testing.

Another important reason is that saliva testing provides a strong correlation to impairment. That’s because the period that drugs can be detected is typically greater using urine drug testing than it is for saliva samples.

With these benefits, why then do some business in Queensland still prefer urine testing for drugs? A lot of the reason is simply history. Urine testing has been around for longer than saliva testing, and many of the businesses that employ urine testing have been doing so for many years.

Perhaps the best (or fairest) arbitrator in the choice between urine testing and saliva testing is Australia’s national workplace relations tribunal, the Fair Work Commission. In a number of rulings, the Fair Work Commission has ordered businesses to switch from urine testing to saliva testing. These rulings have largely been based on the intrusiveness of urine testing. Let’s face it, most of us are a little embarrassed to pee in a cup and hand it over for testing!

Integrity Sampling conducts drug and alcohol testing in Queensland. We have six branches in the state, including Brisbane, Cairns, Mackay, Rockhampton, Townsville and Winton. 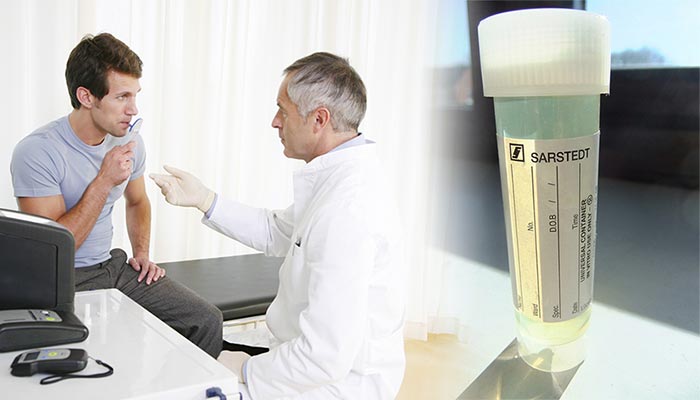