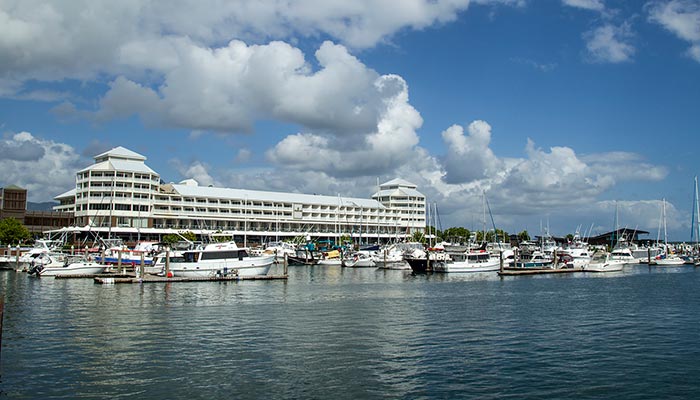 If you operate a boat on the waterways in and around Cairns, make sure you’re not under the influence of drugs. That’s one of the key messages from a recent announcement of a trial of on-water drug testing.

While waster based drug testing in Cairns and Queensland is not new, in the past the testing has been undertaken in conjunction with Queensland’s Road Policing Unit. The trial aims to equip the Queensland Water Police with the equipment, training and capacity for them to undertake their own on-water drug testing.

Officer in Charge of Water Police Brisbane, Senior Sergeant David Edden, said the trial will improve safety on the waterways and open sea.

“Alcohol and drugs potentially increase the risk of you having a marine incident, and with this new Water Police capability to test in more places more often, drug drivers of vessels will be caught,” Senior Sergeant Edden said.

One of the places you can expect to be caught if you do the wrong thing is Cairns. For the trial, 16 Water Police officers across the state have been trained to conduct drug testing. The drug testing will be conducted in a number of locations, including Cairns, Brisbane, Thursday Island, Townsville, Whitsundays and Yeppoon.

The Water Police officers will be using the Drager Drug Test 5000 drug testing unit as part of the trail. The Drager unit provides accurate, reliable and quick analysis of saliva samples. The saliva collection and analysis process can be completed in around 5 minutes.

Minister for Police and Minister for Corrective Services, the Honourable Mark Ryan MP, said, “This improved capacity for police to target drug drivers of vessels will allow them to remove these threats to public safety from our waterways. Ultimately it is the aim for every water police unit across the state to have a Drager DrugTest 5000 and relevant water police officers trained in its use,” Minister Ryan said.

While Integrity Sampling can conduct drug testing in workplaces on the water, it’s fair to say that it’s not an environment you’ll find us in regularly. However, we do have at least a couple of things in common with the Queensland Water Police – we also use the Drager Drug Test 5000 for our drug testing analysis and we operate out of Cairns.

Integrity Sampling has its Queensland head office in Brisbane, which is supported by a regional network of technicians. This includes a location in Cairns. Like our other locations across the state and the country, our Cairns location can help with drug testing, as well as alcohol testing and other drug and alcohol management services.

NOTE: To read a media release on the trail, as well as view a Queensland Police video, go to https://mypolice.qld.gov.au/blog/2019/02/13/water-police-take-drug-testing-to-the-waterways/